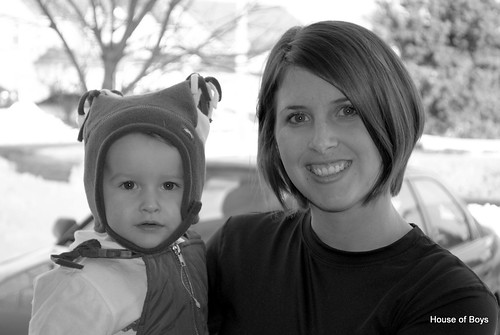 My hair looks bad in this picture. That's all. Carry on.

We loaded up and piled into the van. The van, meanwhile, was packed full. Coats, hats, mittens, sunglasses, boots, extra layers, water, temperature above freezing, good attitudes, camera- check. Everything we needed was present and accounted for.

The assignment? Get the boys out of house, have fun, and try not to get hurt.

My assignment?  You Capture: Winter. He builds Star Wars characters. He builds robots. He builds spaceships, cars, and hover-crafts. He builds houses. He puts the heads together to form long towers of Lego people heads.

He builds horses. And Droids. And Boba Fett.

When he's home, Lego building is all he does (besides pestering Bennett and jumping off my furniture) and he does it all day long.


I love Legos too. He's quiet when he's building. His eyes concentrate on the task at hand. Once the building and creating is finished- he wants to talk.

His stories, though, they go on and on forever. (I wonder where he gets it from?) "What do you think of this one? It's a duck-robot-shooter with binoculars. He can see in the dark, Mama."

"They can. Robot-duck-shooters can see in the dark with binoculars and when the bad guy is coming they shoot them down. Like this: [Insert gun sound] and then the guy falls down and then he breaks his skull open and then his brains spill out everywhere." "Well, Mama, Small Spy Guy doesn't have any brains and he needs brains so that he can beat the Clone Troopers. And then he uses his arms to shake the brains out of vacuum car but first he says STOP I NEED YOUR BRAINS. I WILL SHOOT." "Excellent. So glad that I asked."

Did I mention that I love Legos too? I love that for 8 minutes of every hour Simon can actually be quiet. The other 42 minutes?

Maybe he'll have a blog someday and he can write down all his great stories. Of course, they will never be as great as the story of Small Spy Guy shooting up vacuum car to get his own brains from duck-robot-shooter.

It's been cold here this past week. Penetratingly chilly. Frigid. Polar. So cold you could freeze your nippies off.

The low temperature felt like negative 22 degrees.  Should we write that in word form: TWENTY TWO DEGREES BELOW ZERO.

So, roughly the same temperature as Antarctica? Or perhaps the North Pole? Not surprisingly, it was cold enough that school was canceled for two days. We've also had like 18 million inches of snow.

Okay, so maybe I'm exaggerating a bit. We didn't actually get 18 inches, more like 10. I've lived in Kansas my whole life but I've never before been in a blizzard like this. The winds created huge snow drifts (3 ft high), tons of accidents, and produced some very excited children. And although it was is cold outside, I wouldn't actually know anything about it. I wore the same sweatpants, t-shirt, and hooded sweatshirt for three days in a row. Our fireplace was on 16/24 hours and the little boys and I did not leave the house.

(Except if you count a trip to Target for more peanut butter (a staple around here) or today when we went to church.)
(I wore my slippers into target.)
(Bad idea.)

It's also a good thing Bennett got a lot of pajamas for Christmas. He's worn footed pjs every single day. Or at least until bedtime, when he gets a fresh pair.

I consider the whole thing a success though. We've managed to stay rather busy and not once did I think about eating any of my children.

We've done a bit of painting: We've done a bit of baking: And we've done some science experiments: Unfortunately, we have to return to school tomorrow. The good news is that the high for tomorrow is 33 degrees.

One more
picture and then I will
STOP.
(until tomorrow) 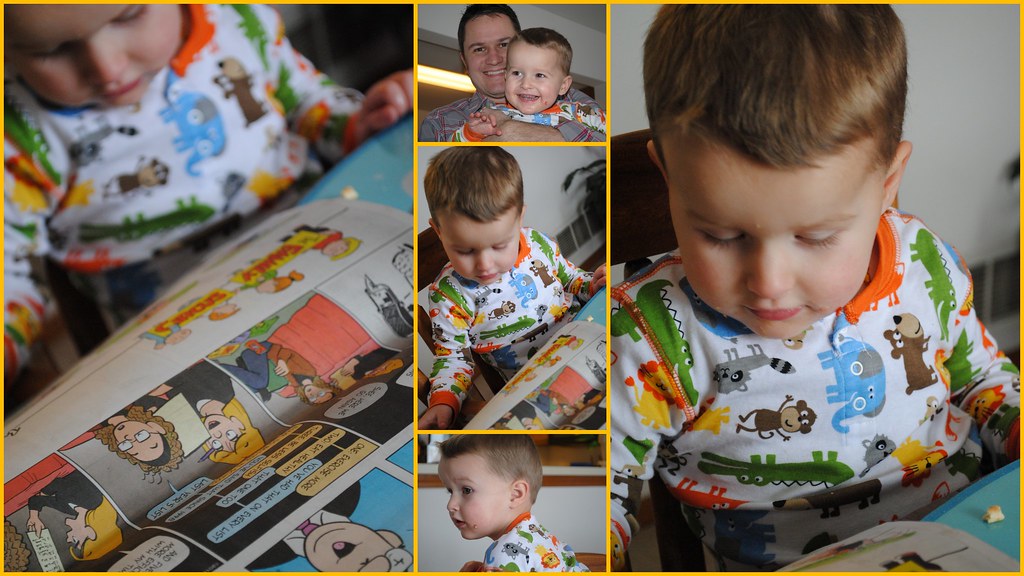